Ric Averill is a freelance director, playwright, teacher, screenwriter, actor, composer, music director, keyboard player, and conductor. Ric retired as Artistic Director, Emeritus, of the Lawrence Arts Center, the organization tha supported his artistic life for 16 years and allowed him to tour the country (37 states with his Seem-To-Be Players) and produce professional and educational theatre (including the award winning Summer Youth Theatre program, which he co-founded with actress wife, Jeanne). Averill has been commissioned by The Coterie Theatre in Kansas City, the John F. Kennedy Center for the Performing Arts in Washington, DC, First Stage Miliwaukee, and San Diego State University's Theater of the World Festival to write plays and operas. The body of Ric's work may be found at Dramatic Publisshing. Ric's most recent work, Midnight Visit to the Grave of Poe; A Grotesque Arabesque, an opera with modern dance, rock instrumentation, and digital scneery, premiered at the Lawrence Arts Center in October of 2015. 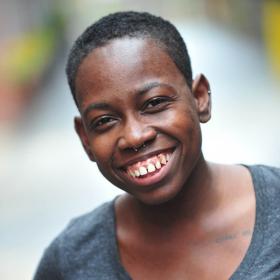 Rasheedat "Ras" Badejo is a generative theatre artist born and raised in Kansas City. They received a BA in Theatrical Performance from UMKC in 2015. Ras has had the pleasure of working with many theatre companies in KC like Kansas City Actors Theatre, Kansas City Rep, the Unicorn Theatre, The Coterie, Fishtank Theatre, The Black Repertory Theatre of Kansas City, and The One Minute-Play Festival in positions ranging from crewing and stage managing to acting, directing, and playwriting. They are also a teaching artist for the Kansas City Repertory Theatre's Summer Youth Theatre Ensemble. Ras has been a teaching artist with The Coterie since the summer of 2016, and loves empowering children and teens through art. 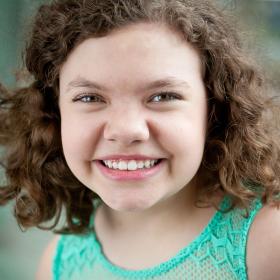 Allison Banks returns to The Coterie where she has appeared in Rudolph The Red-Nosed Reindeer: The Musical, Chitty Chitty Bang Bang, Science Fiction Triple Feature, Shrek the Musical, A Bird of Prey (in the KC Fringe Fesival), and as a member of The Coterie’s Acting Master and Comedy Master classes. Other credits include A Little Night Music and 13 The Musical at 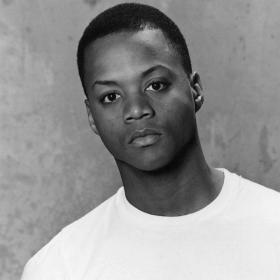 Christopher Barksdale became a student and then professional dancer at Kansas City Ballet where he celebrated 21 seasons. He returns to The Coterie where he has appeared in Once On This Island and The Wiz. Christopher has also appeared at several local theaters including Unicorn Theatre (La Cage aux Folles), Starlight Theatre, Civic Opera Theatre of Kansas City, and with the Kansas City Symphony (The Music Man). 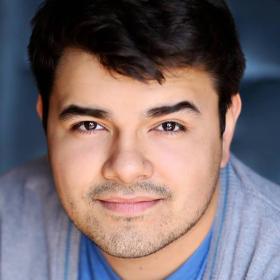 Justin Barron returns to The Coterie stage after having played Fireball in Rudolph The Red-Nosed Reindeer (2014). His current credits include Hamlet with Heart of America Shakespeare Festival, Man In Love at the Kansas City Repertory Theater, and How To Use A Knife at Unicorn Theatre. He is a graduate from the University of Central Missouri where he studied Musical Theatre. 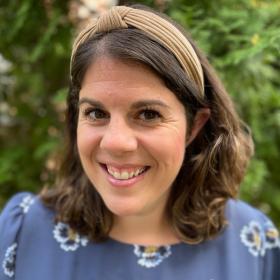 Katie Bartlett began her theatre journey at a young age, and her passion has never stopped growing.  She is a native of Kansas City, currently residing in Overland Park.  She holds a minor in Music and a degree in Elementary Education from Avila University.  Katie was in the classroom as an elementary teacher for the past 12 years before deciding to stay at home with her two young children.  Katie is thrilled to be a teaching artist to help foster children’s love of theatre. 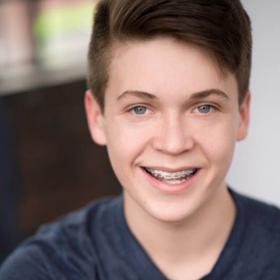 Jake Bartley made his Coterie stage debut with Lyle the Crocodile and returned in Rudolph The Red-Nosed Reindeer: The Musical. He is also a Coterie Acting Master class student. His other recent credits include West Side Story and 13 The Musical with Spinning Tree Theatre, and Cabaret with The Theatre in the Park. Jake is currently a Junior at Olathe Northwest High School. 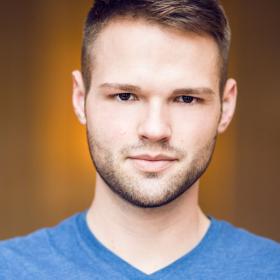 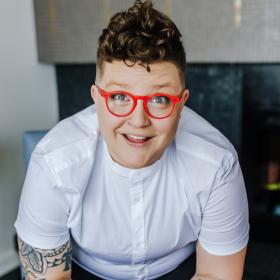 Jen Benkert (they/them) is a theatre actor, director, and small business owner in Kansas City. They graduated with their Bachelor of Fine Arts in Acting from Stephens College. Jen has appeared on stage at The Coterie, Fishtank Theatre, The Black Box, Late Night Theatre, Okoboji Summer Theatre, and City Theatre of Independence. They were also the assistant director for The Coterie Theatre’s Project Pride for 6 years. Jen is excited to empower youth with theatre just as they were at 14 when they took their first Coterie class! 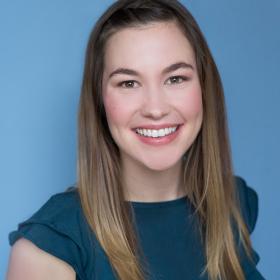 Amy Billroth-Maclurg made her Coterie debut as Mom in the The Coterie World Premiere of The Secret of Courage. Amy’s local credits include Stupid F***ing Bird at Unicorn Theatre, King Lear with Kansas City Actors Theatre, and Right Between The Ears at the 2017 KC Fringe Festival. Currently, she is pursuing a MFA in Acting and Directing at the University of Missouri-Kansas City.