It’s the world premiere (right here in Kansas City!) of a new musical for all ages (yes, even parents) of the much-loved madcap journey from New York’s Central Park Zoo to the beaches of Madagascar. See Alex the Lion, Marty the Zebra, Melman the Giraffe, Gloria the Hippo and the always-plotting penguins. Their journey goes from the wilderness to just plain wild with King Julien. Join these crack-a-lackin’ friends and get ready to MOVE IT MOVE IT. 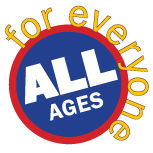 Critics and Audiences agree...
Madagascar is a musical adventure for the whole family...

"The energy level in that theater could disrupt the orbit of a small planet...
By the time the company reprises Julien’s theme song,
everyone is a kid again, ready to 'move it, move it' right there in the aisles.
There’s really no way to resist. And why would you want to?"
- L. Lockerby, The Kansas City Star

"Fun-filled music and humor throughout the show make this a summer smash hit...
My younger girls really loved dancing with the entire audience and the actors."
- K. Light, KCParent.com

"Excellent! The cast was engaging, interactive and so talented!...
My grandkids loved it, and I did, too."
- TripAdvisor.com Member 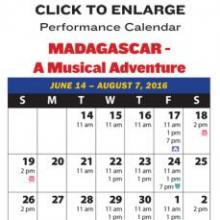 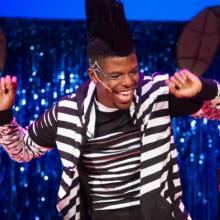 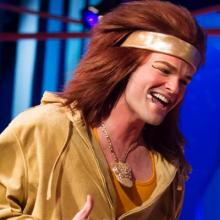 This show features young actors working alongside professional theatre artists. These are our Acting Apprentices and they all started out in The Coterie Acts classes.

Classes available for students at every skill level and every age: