The Coterie, Rainy Day Books, and Mid-Continent Public Library invite you to meet Terry Brooks, one of the most celebrated fantasy writers in the country and author of “Imaginary Friends,” the short story that has been adapted into the play The Secret of Courage.

Terry has thrilled readers for decades with his powers of imagination and storytelling. He is the author of more than thirty books, most of which have been New York Times bestsellers. His Shannara series has sold more than 50 million copies worldwide, making it one of the most popular fantasy epics of all time. The first book in the series, The Sword of Shannara, was published in 1977.  It took Terry seven years to write the book, and it was an instant hit, remaining on the New York Times bestseller list for five months. In 2017, Terry Brooks celebrated the 40th anniversary of his beloved Shannara series with the release of The Black Elfstone.

Join Terry Brooks for a Q&A about his career and popular works and then meet the author during a book sale and signing following the presentation.

ON STAGE AT THE COTERIE 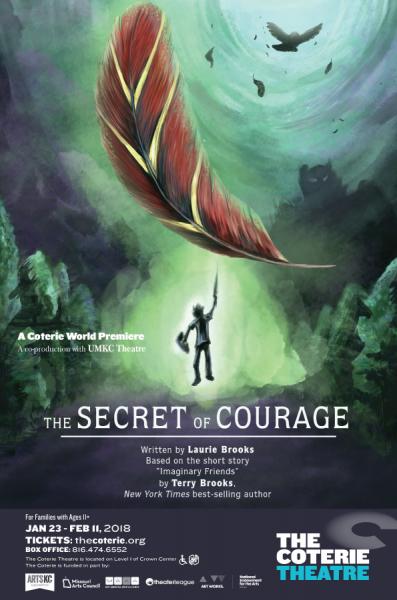 GET YOUR TICKETS NOW  >>