In this charming musical adaptation of the beloved book, Mr. and Mrs. Popper’s lives take an adventurous turn when a mysterious box arrives on their doorstep with a penguin inside. Not long after, the local aquarium sends over a female penguin and soon the Poppers are hearing the patter of 20 little feet. What starts for Mr. Popper as a giant bill for canned shrimp leads to an imaginative journey from Vaudeville to the Antarctic. 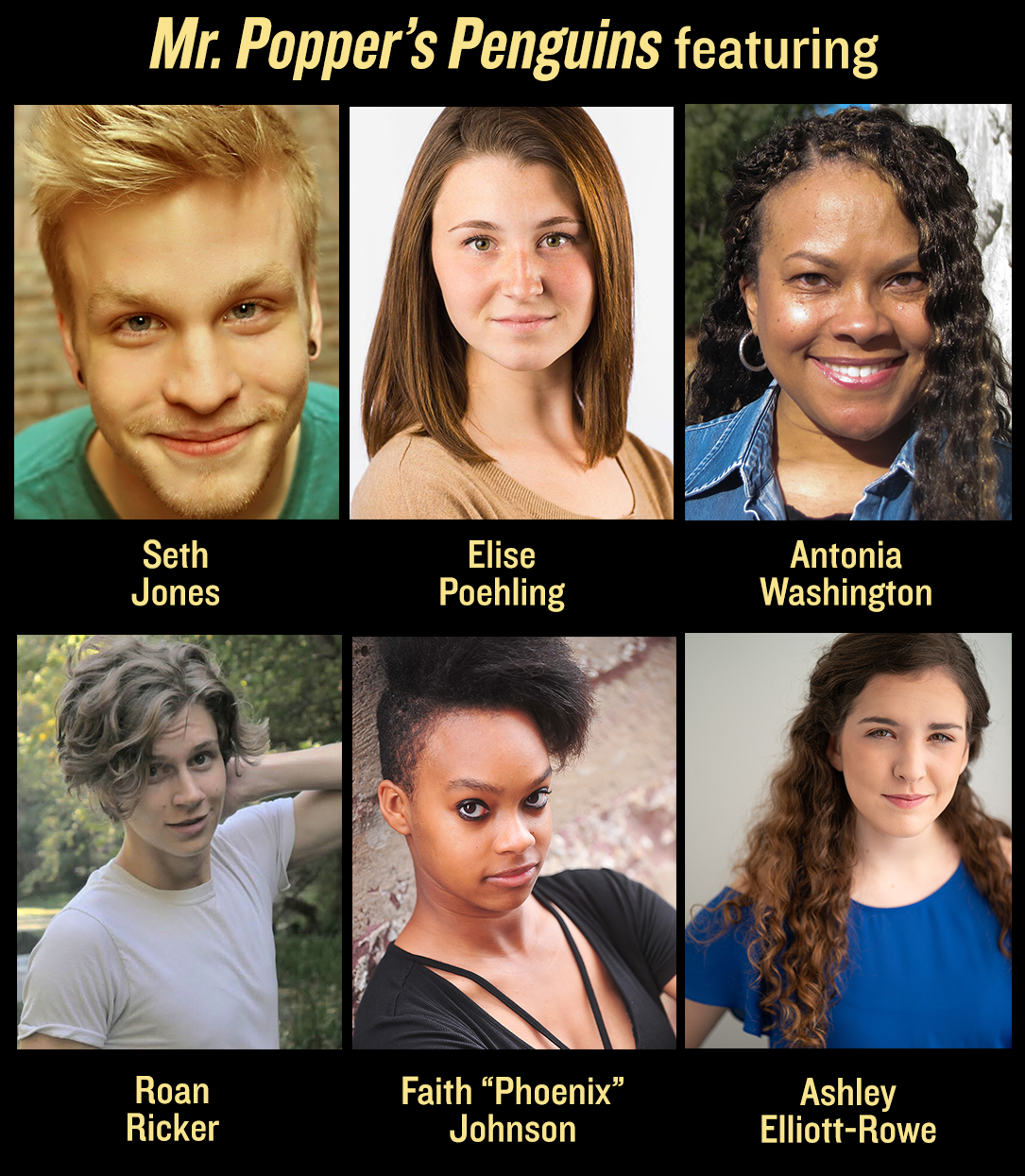