The Nine Who Dared

September 20, 2016
October 21, 2016
What sacrifices do those who confront discrimination make?

In this uniquely interactive drama, audiences become citizens of 1957 Little Rock, Arkansas, to participate in a town hall meeting about one of the defining moments of the Civil Rights Movement.  It is three years since the Supreme Court ended segregation, and even though African American students are now legally allowed to enroll in traditionally white schools, they face daily harassment. After months of torment, one student fights back. Minnijean Brown’s act of defiance sets the stage for a thought-provoking theatre experience about the strength of character of the 'Little Rock Nine.'

Coterie Roundtable Teen Playwright/Poet, De'Auan McClaine, will perform his response to Maya Angelou's "Human Family" at the close of weekend performances of The Nine Who Dared.

After each performance of The Nine Who Dared, there is a "town hall" where the audience imagines it is in 1957 and advises the characters.

Content note: The 'N' word is used one time in the play, in an actual quote from one of the harassers as verified in the memoir, Warriors Don't Cry by Melba Patillo Beals. 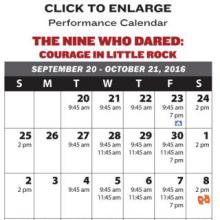 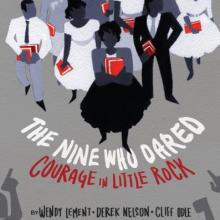 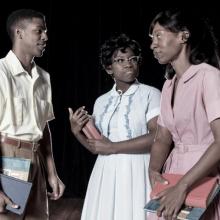