We Shall Not Be Moved

We Shall Not Be Moved:
The Student Sit-Ins of 1960
By Ed Simpson
Directed by Jeff Church

Two families with college freshmen grapple whether their students should get involved with a protest.  Based on true events in 1960, only whites were allowed to receive lunch counter service in Greensboro.  Four North Carolina freshmen from A&T College launched a youth-led movement for African Americans to receive equal service.  This non-violent challenge to racial injustice gained quick momentum, inspiring a new generation to stand up by sitting down!  A story of ordinary families standing witness to a movement forming before their eyes...

After each performance, audiences will remain in 1960 with the characters, to explore the multiple viewpoints offered.  Part of The Coterie's ongoing Civil Rights series each fall...

Educators: Our teaching artists visit classrooms before the show for a nominal fee to prepare students with historical context. Find all educator resources at coterie.edublogs.org.

WHAT THE CRITICS ARE SAYING:

"[an] absorbing depiction of one of the key episodes of the civil rights era…
comes to vibrant historical life… with clarity, immediacy and sensitivity…
The impactful and insightful We Shall Not Be Moved does, in fact, move us.”
- Deborah Hirsch, The Pitch

“a must see show: from seamless production to well-honed acting,
this is a story that relates... a potent tale of humanity”
- Paul Bolton, BroadwayWorld.com

"harrowing and heartfelt… engaging... timely... a strong force of ideas and story…
an invitation to sit in on history”
- Anthony Rogers, KCMetropolis.org

“gives the audience a chance to project ideas and thoughts…
educates as well as entertains”
- Bob Evans, KCApplauds.net

WE SHALL NOT BE MOVED IN THE NEWS: 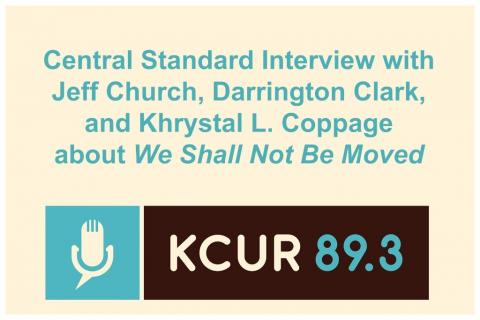 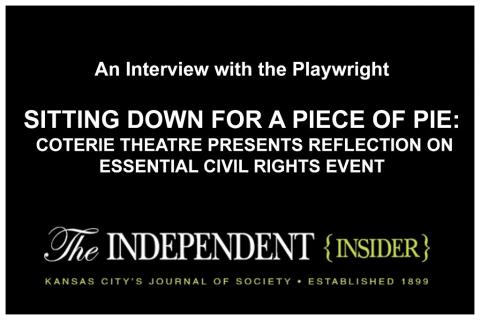 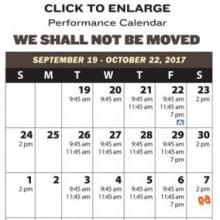 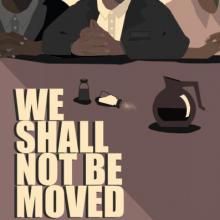 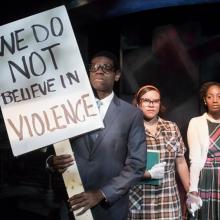