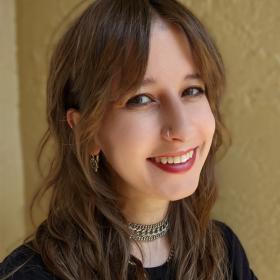 Ali Tallman is a Miami based theatre director, writer, movement director, and producer. Ali believes that a broadly developed skill set is invaluable for artists. She has worked in many artistic capacities throughout her career, including as an actor, costume designer, stage manager, dramaturg, and fight choreographer. She is a founding Co-Artistic Director of &Sons Theatre, an ensemble-driven theatre company in Santa Fe, NM. She has been a company member at Theater Grottesco and a repertory company member at The International Shakespeare Center. Ali has also worked at Theatre Delicatessen in London, where she engaged with and was deeply inspired by the work of international nontraditional and movement-based theatre makers. Ali is a graduate of The University of Georgia (BA Theatre, Certificate British and Irish Studies) and the acting apprenticeship program at Out of Box Theatre in Atlanta, GA. She founded a children’s theatre at The University of Georgia during her time as a student, and loves creating theatre with artists of all ages.