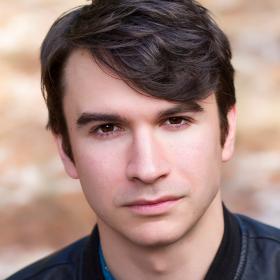 Charlie Spillers made his Coterie debut as Uncle Frank in The Coterie World Premiere of The Secret of Courage. Local credits include A Christmas Carol and Antony and Cleopatra at the Kansas City Repertory Theatre, and King Lear with Kansas City Actors Theatre. Originally from Miami, Florida, he is currently earning his MFA in Acting at the University of Missouri-Kansas City.