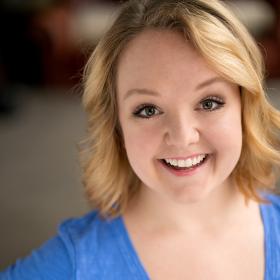 Deanna Mazdra returns to The Coterie after having been seen on the mainstage in We Shall Not Be Moved: The Student Sit-Ins of 1960, A Charlie Brown Christmas, and playing the role of Sally in The Cat in the Hat. She has also been a part of The Coterie’s Dramatic Health Education Project: STDs/HIV. Other previous credits include Dearly Departed and Junie B. Jones: The Musical with Maples Repertory Theatre, and Goldilocks and the Three Bears with Theatre for Young America. Originally from St. Louis, she received her BFA in Theatre Performance from the University of Central Missouri.