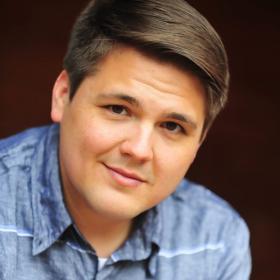 Duncan McIntyre made his Coterie debut as Pick in The Coterie World Premiere of The Secret of Courage. Other credits include Stupid F***ing Bird at Unicorn Theatre, King Lear with Kansas City Actors Theatre, and Richard III with Great River Shakespeare Festival. He is currently earning his MFA in Acting at the University of Missouri-Kansas City.