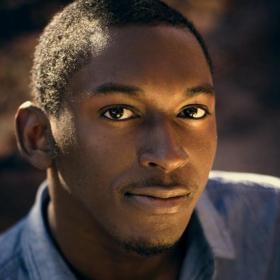 Edwin Brown III marked his debut at the Coterie in the title role in And Justice for Some: The Freedom Trial of Anthony Burns. His previous performances include Romeo and Juliet at Kansas City Repertory Theatre and The Learned Ladies and Pericles at UMKC Theatre. He received his BFA at Howard University and is currently a third year MFA Acting student at University of Missouri-Kansas City.