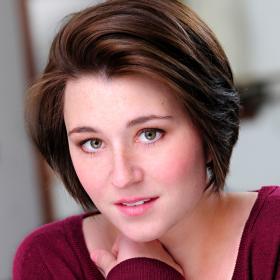 Elise Poehling made her Coterie stage debut in A Year With Frog and Toad, after attending The Coterie many times as a student. Her previous productions include Sweeney Todd, The Old Maid and the Thief, and The Wedding Singer at Kansas State Theatre. Elise is an Overland Park resident who received her Bachelor of Music, with an emphasis in Musical Theatre, from Kansas State University.