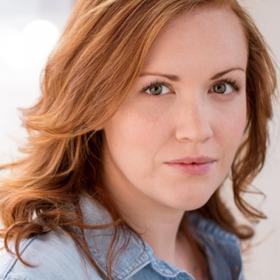 Emily Nan Phillips has appeared at the Coterie in The Miraculous Journey of Edward Tulane, Rudolph The Red-Nosed Reindeer: The Musical,  and Afflicted: Daughters of Salem. Other credits include The House of Setting Sun (world premiere) Off Off Broadway and Freedom Rider (world premiere) at UMKC Theatre. Emily holds a BA in Musical Theatre from West Texas University and received her MFA in Acting and Directing at UMKC.