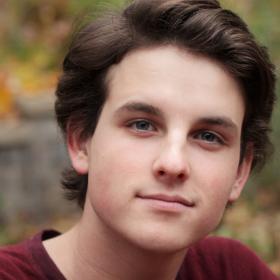 Fisher Stewart made his debut at The Coterie in Madagascar: A Musical Adventure, and later was seen in Rudolph The Red-Nosed Reindeer - The Musical, and Tuck Everlasting. He also is a member of The Coterie’s Acting Master class. Other recent credits include She Loves Me at Musical Theater Heritage, All Shook Up at Music Theatre Kansas City, and Camp Rock at Shawnee Mission Theatre in the Park. You can catch Fisher later this summer in The Coterie’s co-production of Disney’s Newsies with The White Theatre at The J.