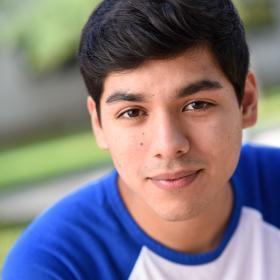 Freddy Acevedo made his Coterie debut as Jack in Jack and the Bean Mágico! after having been seen locally in The Story Telling Project and Go. Please. Go. with UMKC Theatre, and King Lear at Kansas City Actors Theatre. Originally from Fort Worth, Texas, Freddy is currently a second year MFA Acting candidate at the University of Missouri- Kansas City.