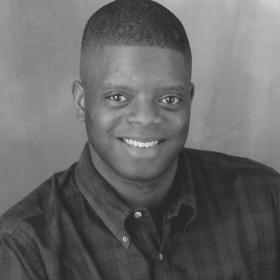 George L. Forbes returns to The Coterie having been in Becoming Martin, Tuck Everlasting, Buffalo Hair, Little Tommy Parker and the Celebrated Colored Minstrel Show, Gatherings in Graveyards, The Glass Menagerie, and The Watsons Go to Birmingham. Locally he has been seen in A Solidier’s Play with The Black Repertory Theatre of Kansas City; Destination: Planet Negro!, a film by Kevin Willmott with Hodcarrier Films; and has performed at KC MeltingPot Theatre and In Play. George studied method acting at the Black Stage Workshop.