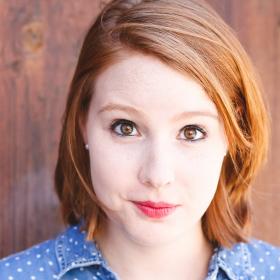 Hannah L'Abri Miller is a director and educator. She has worked with numerous companies throughout the Kansas City area, in many capacities, including: Starlight, KC Rep, & Unicorn Theatre, Stage Right Performing Arts, MAPA, and CYT in addition to producing and directing her own work, most recently at the 2017 Kansas City Fringe Festival, with a "Best of Fringe" pick, Here Lies Joyland. Hannah recently returned to Kansas City after living and working in New York, which included her engagement as the artistic apprentice at Bay Street Theater, during her time there Hannah served as an assistant for the 2016 Workshop of Prince of Egypt. She graduated from Kansas State University in 2015 with her B.A. in Theatre.