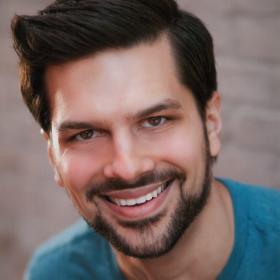 Jake Golliher returned after being in the original cast of Rudolph The Red-Nosed Reindeer: The Musical (2014, 2016, 2018) and an actor in The Coterie’s Dramatic Health Education Project: STDs/ HIV. He holds a BFA in Acting from Webster University. Other credits include Songs for a New World at Hope Summer Repertory Theatre and Bare: A Pop Opera at New Line Theatre. When not on stage, he can be found yo-yo-ing, gun twirling, beat- boxing, whistling, and guitar-strumming.