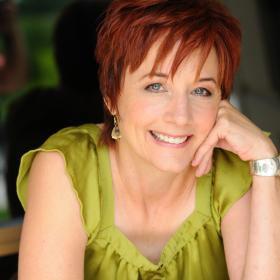 Jeanne Averill  has been a professional actress  and award winning educator for more than 25 years. She has appeared in almost every professional venue in Kansas City, getting her start at our own Coterie Theater in roles such as Marmee in Little Women and Ma in the Little House on the Prairie plays.  In addition to Kansas City theaters such as The Coterie, Kansas City Rep, Kansas City Actors Theater, New Theater Restaurant,  and American Heartland Theater, she has also appeared in national theaters such as The Denver Performing Arts Center and the Black Hills Playhouse.   She has an extensive resume in film and commercials and has appeared in national films with actors such as Martin Sheen, Patty Duke, John Hurt, Ari Graynor, Colin Hanks, and Jeffrey Tambor, among others.  Commercial credits include Hallmark, Harrahs, Walmart, Applebees,  Intrust  Bank, and many others.

Jeanne is currently continuing her professional acting career and teaching acting and film classes in the Lawrence and Kansas City area. She is thrilled to return to the Coterie family as a performer and educator.