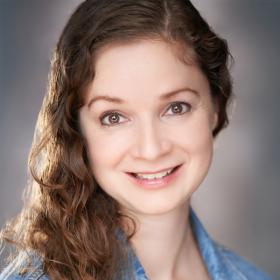 Jessica Whitfield earned her BFA in Theatre from Drake University where she was an Irene Ryan nominee. She has trained locally with Richard Alan Nichols, Andy Garrison, and Heather Laird. She loves being a part of unique plays that make audiences think and feel. She has previously been in Striking Beauty and Beginnings from an End with KC Fringe Festival. She was on The DNA of Murder with Paul Holes on The Oxygen Network, and she is in Container Masters on episodes 5 and 9 on Tubi. She was in KC Melting Pot’s productions of Barbecue and Secrets & Lies. She has directed The Entertainer for Open Spaces and a children’s production of The Wizard of Zoz at OCTA. She is also a playwright and has had plays produced with The Barn Players, City Theatre of Independence, KC Public Theatre, and Potluck Productions.