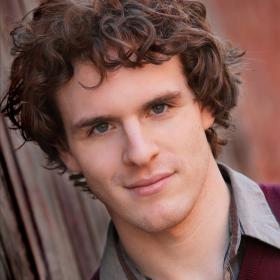 Ken Sandberg made his Coterie debut as Wartag in The Coterie World Premiere of The Secret of Courage. Other recent productions include A Christmas Carol at the Kansas City Repertory Theatre, King Lear with Kansas City Actors Theatre, and The Heart of Robin Hood at Door Shakespeare. He attends the University of Missouri-Kansas City, earning his MFA in Acting and Directing.