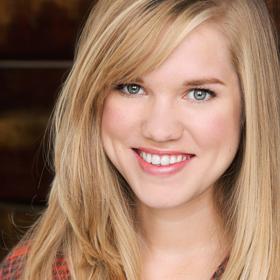 Kimberly Horner made her Coterie stage debut in Elephant and Piggie's "We Are In A Play", after performing all over Kansas City last fall in the touring production of The Presidents. She also previously was seen on The Coterie’s mainstage in The Little Princess and The Wind in the Willows. Kimberly’s other recent credits include the musical Parade at the Metroplitan Ensemble Theatre, the television show Cougar Town on TBS, and the film Meanamorphosis for Procter & Gamble.