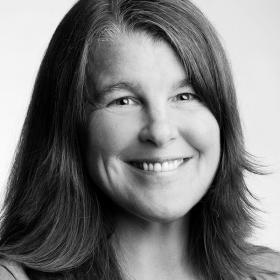 Linda A. Carson made her Cotere debut in Where The Wild Things Are. She is a graduate of Vancouver’s Studio 58, has been a professional actor and writer for 25 years. She has acted in theatres across Canada and written several plays, including Dying to Be Thin (Jessie Award), Mom’s The Word (co-wrote, Jesse Award), George And Martha (Adapted from James Marshal) and Jack and the Beanstalk (YPT). Linda’s latest acting credits include George and Martha (Carousel Players), Rocket and the Queen of Dreams, Blanche in Brighten Beach Memoirs (Theatre Northwest) and Where the Wild Things Are (Jessie Award).