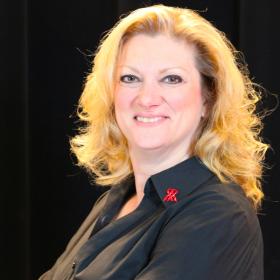 Missy Koonce has been featured in various productions at The Coterie including; Rocky and Bullwinkle, The Very First Family, Lyle the Crocodile, Pipi Longstocking, Schoolhouse Rock Live I and II, Free to Be, Alexander and the Terrible, Horrible, No Good, Very Bad Day I and II, and Tales of the 4th Grade Nothing. Missy is the Co-Director for the Coterie's production, Lyle the Crocodile. She has also directed Alexander I, II, and III, Wind in the Willows, Stinky Cheeseman, The Witches, The BFG, Sideways Stories from Wayside School, Tales of a Fouth Grade Nothing, The Stinky Cheeseman ,Other Fairly Stupid Tales, and she choreographed The Happy Elf. Other recent credits include productions Auntie Mame’d followed by Pride and Joy for the AIDS Service Foundation as well as Dixie Swim Club at The American Heartland Theatre. Missy is a board member of the AIDS Service Foundation.