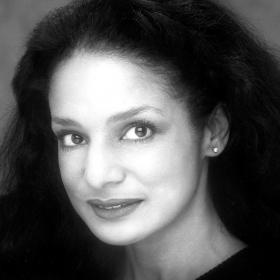 Nedra Dixon directed The Coterie's Once On This Island and has appeared twice on its main stage as Aunt Em/Glinda in The Wiz. In addition to the honor of performing at the White House, the Kennedy Center, Carnegie Hall, and Madison Square Garden, Nedra has received critical acclaim as a “triple threat performer,” director, and choreographer in numerous venues on Broadway, Off-Broadway, national tours, and regional theaters. She has played roles as varied as Mary Magdalene in Jesus Christ Superstar, to the ditzy gun moll, Erma, in Anything Goes. Additional Kansas City credits include Menopause, Ruined, bare: A Pop Opera, And Her Hair Went With Her, The Women of Brewster Place, and Grey Gardens, which she directed. Nedra is a featured vocalist on 12th Street Jump, the locally-produced jazz radio show that is broadcast on 110 NPR stations nationwide, and is a proud member of Kansas City’s hottest vocal jazz trio, Book of Gaia, with Angela Hagenbach and Pamela Baskin-Watson.