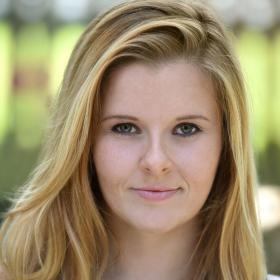 Nicole Marie Greenberg made her Coterie premiere in Afflicted, Daughters of Salem. Most recently, she was seen in The Miraculous Journey of Edward Tulane. Her previous credits include UMKC Theatre’s productions of Almost, Maine, directed by John Rensenhouse; Big Love, performed on the Copaken Stage; and King Lear, as part of The Discovery Project. Nicole is a native of Nyack, NY, and has earned her MFA in acting at UMKC.