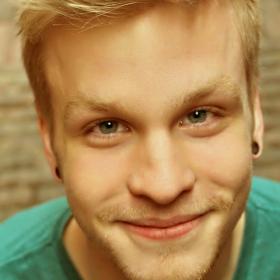 Seth M. Jones makes his Coterie debut in Schoolhouse Rock Live! Other local credits include Romeo and Juliet at The Met, Carrie: The Musical at Egads Theatre, and Hello Again at Spinning Tree Theatre. He also appeared in a children’s production of A Midsummer Night’s Dream when he was in third grade, and even though he admits to having played Demetrius “terribly,” it got him completely hooked on theatre. Offstage, Seth is a painter and visual artist. Find out more at www.sethmjonesart.com.