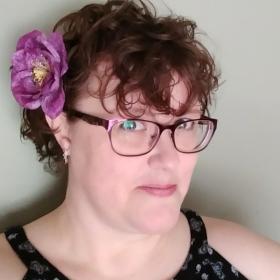 Tara Varney is an actor, singer, director, playwright, producer, and the head of the Theatre department at Kansas City Academy (grades 6-12). Some favorite roles include Carrie's mother in Egads Theatre's Carrie the Musical, Agnes in I Do! I Do!, Percy in Spitfire Grill, Sister Hubert in Nunsense, and Agnes in Dancing at Lughnasa. She has written and directed shows each year for the Kansas City Fringe Festival since 2008, including KHAAAAAN! The Musical, the original opera Red Death, and Voyage to Voyager. Tara is the recipent of an ArtsKC Inspiration Grant, had a four-month-long experimental exhibit at the Nelson-Atkins Museum, and has been a Dickens Caroler for over a decade. Tara has been a teaching artist for The Coterie since 2007.