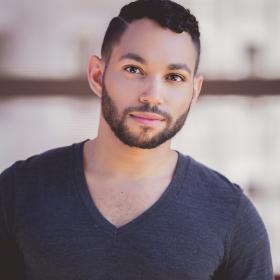 Tony Pulford just closed Sister Act: The Musical at New Dinner Theatre Restaurant. He was last seen at The Coterie in A Charlie Brown Christmas. He has also appeared in other Coterie shows such as: Rudolph the Red-Nosed Reindeer: The Musical, Tomás and The Library Lady, The Miracle Worker, and Dr. Seuss' The Cat in the Hat. You may have also seen Tony in The Who's Tommy and Jesus Christ Superstar at Musical Theatre Heritage, Evita at Kansas City Repertory Theatre, West Side Story at Spinning Tree Theatre, and A Soldier's Play at The Black Repertory Theatre of Kansas City. Tony graduated from Northwest Missouri State University, where he earned a B.A. in Theatre.