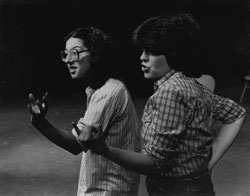 Judith Yeckel and Vicky Lee (pictured), two graduate students in theatre from the University of Missouri-Kansas City (UMKC), founded The Coterie in 1979. The theatre is located on Level 1 of the Crown Center shops in the Hallmark complex. In its first 40 years, The Coterie has given over 13,000 performances of 285 productions on its mainstage, playing to approximately 2.2 million people. In 2017, The Coterie celebrated the milestone of serving over 100,000 students and families in a single season with its mainstage productions, acting classes, in-school workshops, and community outreach programs.

Artistic Director Yeckel established a mission for The Coterie that has held firm: to open lines of communication between races, sexes and generations. Following Yeckel and Lee's tenure, Kansas City actor/director Jim Tibbs became Artistic Director through 1988. Jim further continued the mission of The Coterie by providing classic and contemporary theatre, which challenged both the audience and the artists. After Jim's death, Pam Sterling then served as Artistic Director for the next two years. 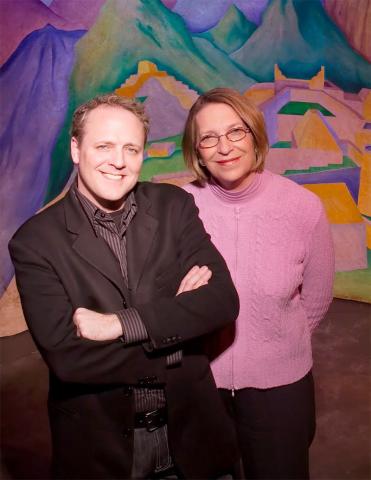 Jeff Church (pictured) joined The Coterie as Producing Artistic Director in 1990, coming from the Kennedy Center in Washington, D.C., where he served as a director and a playwright-in-residence. Since he began, Jeff's goal has been to open The Coterie up to be a "multigenerational" theatre for all ages, redefining it to include families and diverse audiences.

Joette Pelster (pictured) joined Jeff in leading The Coterie in 1993. As Executive Director, Joette's previous experience managing Kansas City Friends of Alvin Ailey brought a new level of expertise and growth to The Coterie, moving the organization to an annual budget of over $1.3 million, serving 82,000 each year. Joette's skill at developing community partnerships has been important in the life of The Coterie.