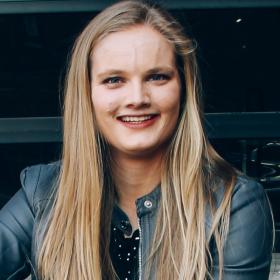 Katelyn Tormena has a Masters of Arts in Theatre from the University of Central Missouri. She is a local director directing shows with The Barn Players, The Bell Road Barn Players, Blue Springs Community Theatre, and The City Theatre of Independence. She won the award for best direction of a ten-minute play at the Kennedy Center American College Theatre Region V Festival in 2018. She also enjoys acting, dancing, and has aspirations to attend film school in the future to explore film and television directing. She is on the board of directors for Kansas City Women in Film and Television.